My 2019 reading theme was "Rebellion" which ended up being a lot more complicated and significantly less fun than my 2018 theme of "Crime and Punishment."  I read over 100 books this year and picked out my favorite 10 below. 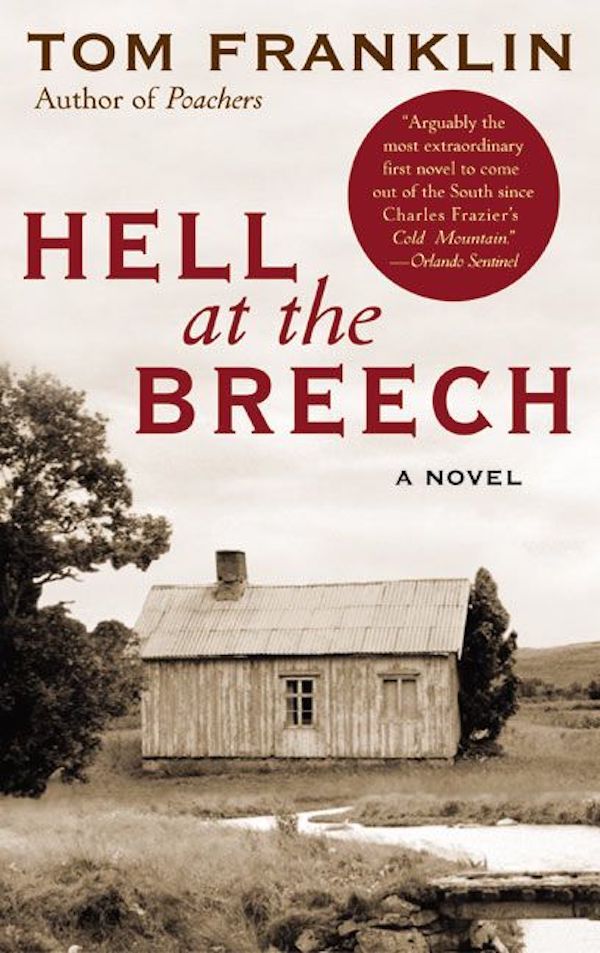 Bildungsroman - "Hell at the Breech" tells the story of two boys in rural Alabama who quickly get in over their heads during a small-scale revolt against authority. A beautifully written book in the tradition of great southern storytelling, Franklin's novel is a combination of a bildungsroman, a southern-noir detective novel, and an incisive commentary on the socioeconomic dynamics of the rural South. Larry Pine, the audiobook narrator, is a virtuoso. Buy on Amazon 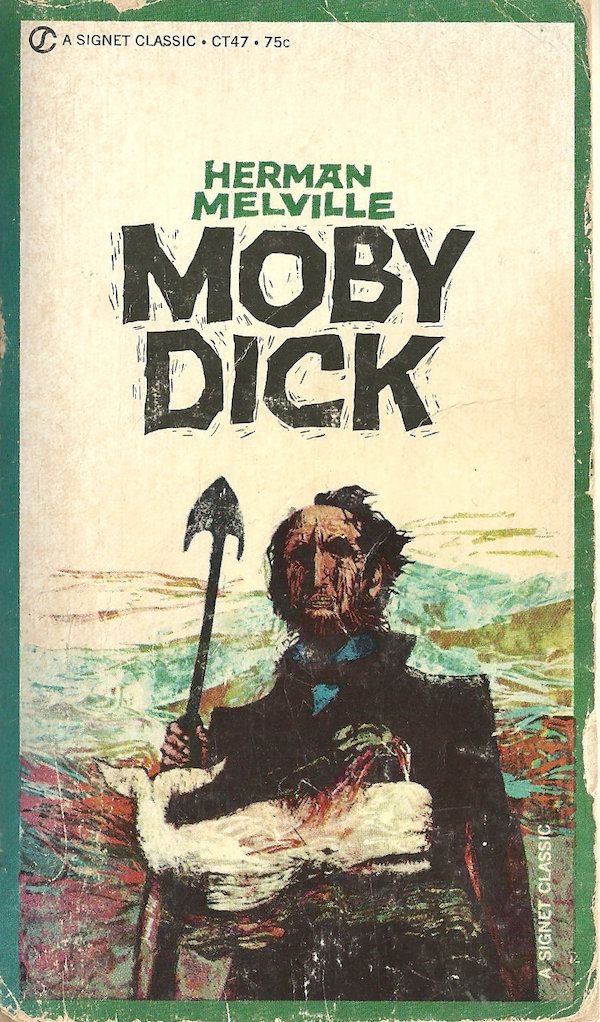 Classics - "Moby Dick: or the Whale" is a book everyone knows about and few are dedicated enough to read. I'm glad I made the time because Melville's masterpiece is actually quite hilarious. The Norman Dietz audiobook brought Melville's humor to life and helped me appreciate the subtler aspects of tone and intent. I won't belabor the point about how great Moby Dick is - just get this audiobook and set sail! You'll also enjoy Yale professor Amy Hungerford's lecture on Moby Dick's influence on Cormac McCarthy's "Blood Meridian". Buy on Amazon 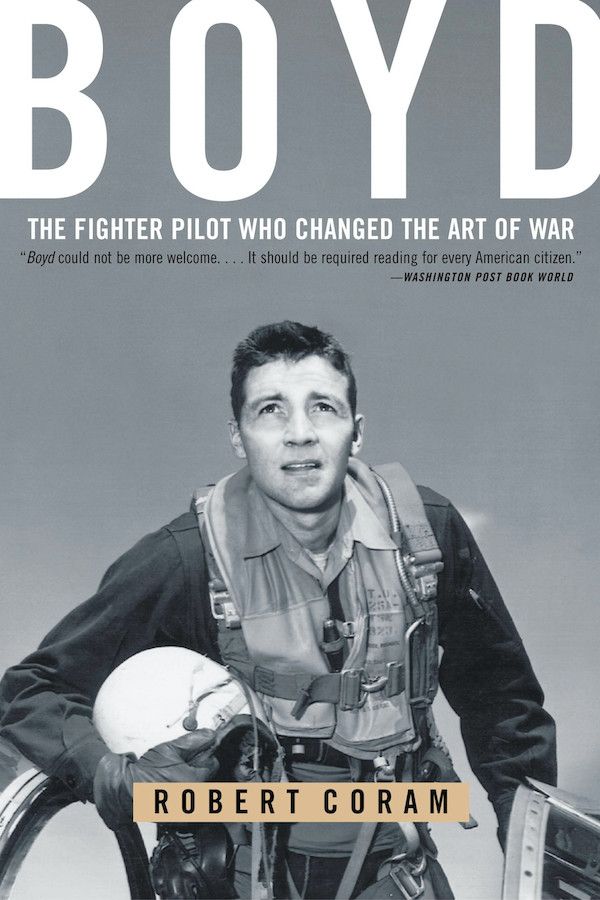 Biography - "Boyd: The Fighter Pilot Who Changed the Art of War" is a bombastic, tragic, and frequently hilarious biography of a great patriot and a terrible dad. Like seriously, one of the worst dads of all time. In spite of his flaws, Boyd displayed extraordinary range in his career, from unbeatable fighter pilot, to revolutionary aircraft designer, to Pentagon procurement polemicist, to visionary grand strategist. Coram's biography shades into hagiography at times, but it's still an utterly compelling and unconventional look at how the US military operates. Buy on Amazon 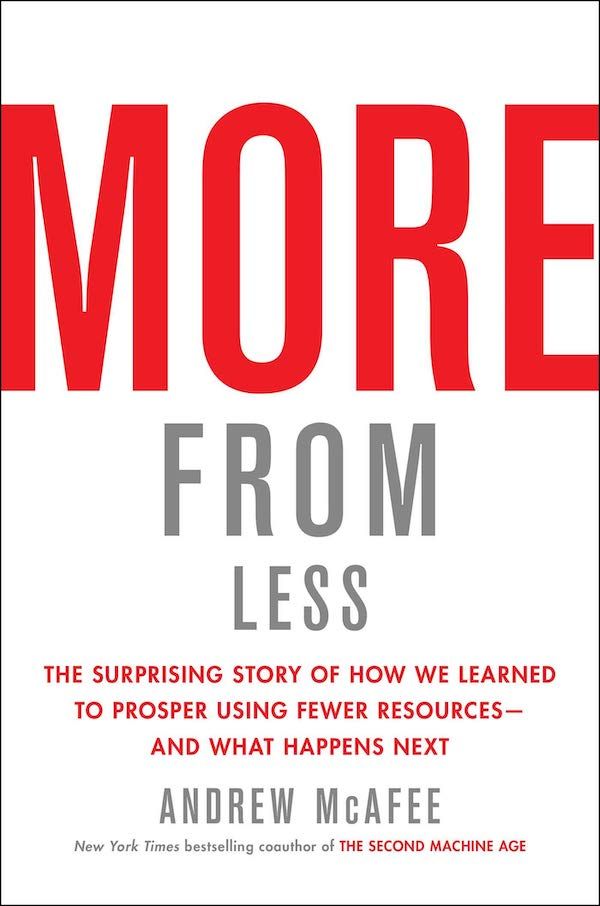 Economics - "More from Less" is the rational analysis we need in a year during which the prestigious and otherwise mostly legitimate scientific journal "Nature" named notable non-scientist and climate alarmist Greta Thunberg as one of it's top 10 people in science. MIT economist Andrew McAfee shows how we are past "peak stuff" for all sorts of materials - our modern economy is following Buckminster Fuller's decades-old prediction that we can make "more from less." McAfee lays out surprising data to support his compelling thesis that capitalism, technological advances, public awareness, and responsive government are decreasing our environmental impact while improving our quality of life. Buy on Amazon 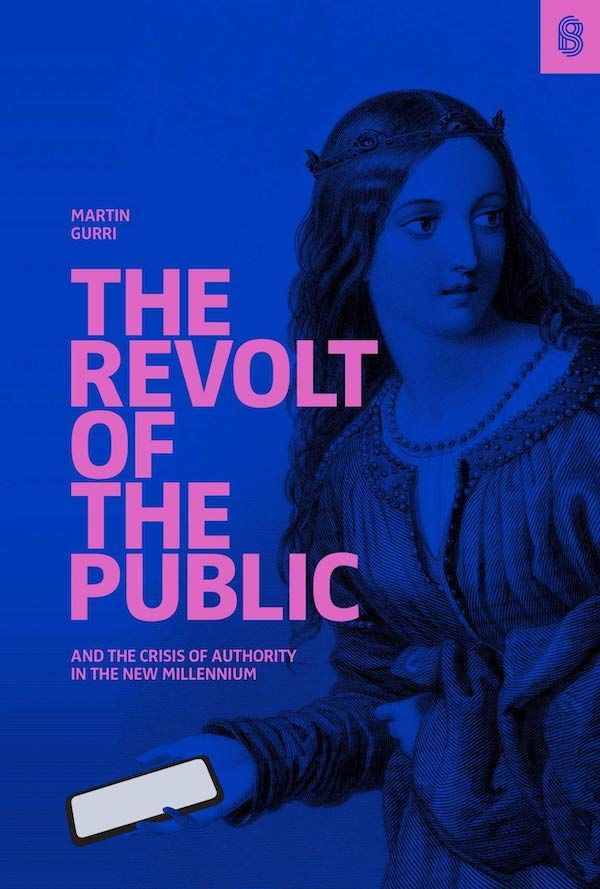 Revolution - "The Revolt of the Public" will change the way you see the past decade. Occupy Wall Street, Brexit, the Arab Spring, Donald Trump - Gurri posits a framework for understanding why so many people across the world are losing faith in the authority of their governments. In a nutshell, governments make heroic claims about their ability to improve our lives, but in the age of Facebook and Twitter, we constantly see them fail on their own terms. Where are the legitimate sources of authority in such an age? Buy on Amazon 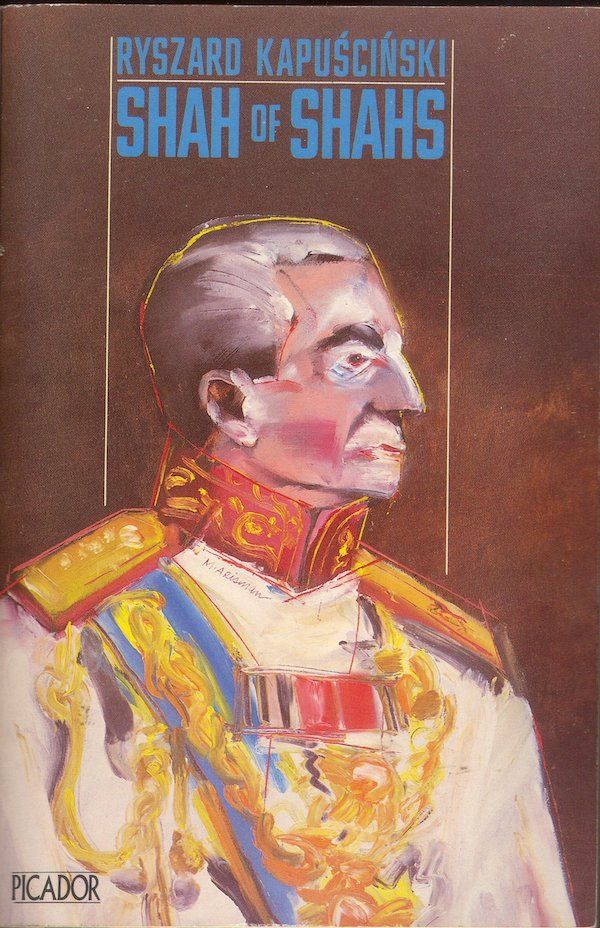 Literary Journalism - "Shah of Shahs" is Polish journalist Ryszard Kapuściński's account of the Iranian revolution. Suspected of ties with Polish intelligence, Kapuściński was personally present during 27 revolutions. He writes in a strangely compelling, pseudo-magical-realism style that he himself described as "literary reportage." Shah of Shah's was the best book I read all year on the psychology of revolution. Buy on Amazon 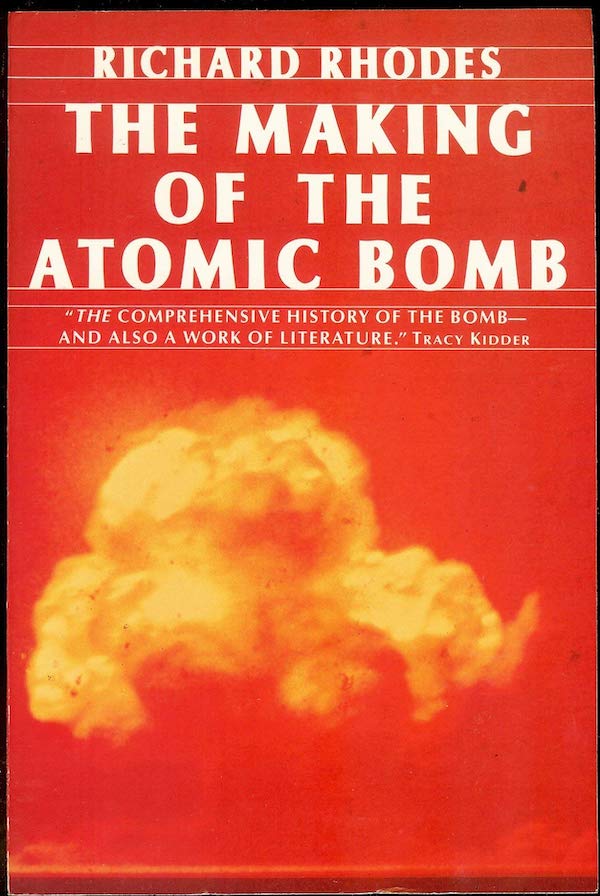 Science - "The Making of the Atomic Bomb" is a magisterial account of the Manhattan Project. Covering a vast intellectual territory from early nuclear physics under Rutherford to the weaponization of the atom under Oppenheimer at Los Alamos, Richard Rhodes guides us through the many scientific, military, and political forces that came together to create the first fission bomb. A master researcher and storyteller, Rhodes introduces us to the vast cast of characters behind the atomic effort and sprinkles the massive text with hundreds of exquisitely chosen anecdotes that illuminate their personalities. Buy on Amazon 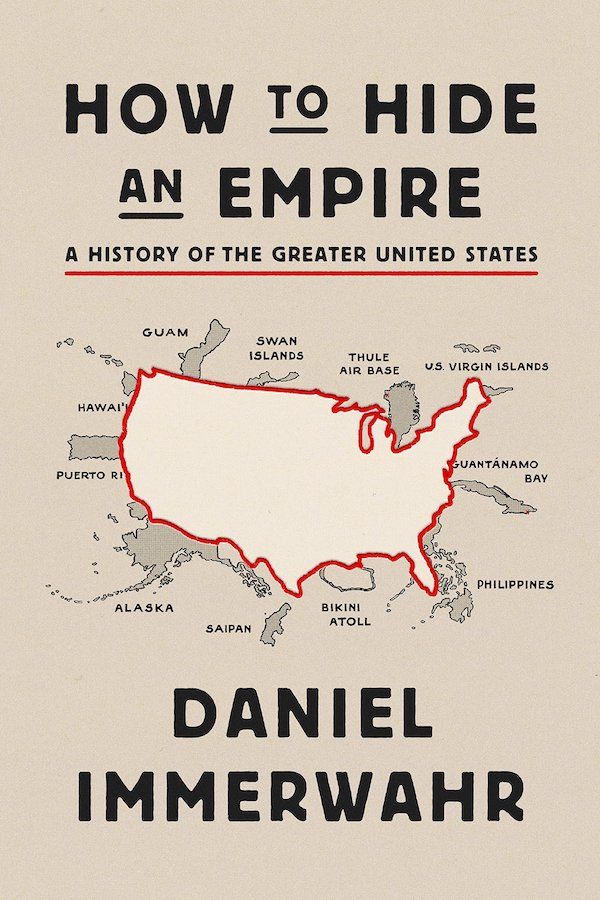 History - "How to Hide an Empire: A History of the Greater United States" was one of the more surprising books I read this year. Immerwahr reveals that America still has hundreds of overseas military bases in a pointillist empire that spans the globe. By shrinking the globe through better travel/communications technology and eliminating dependence on tropical colonies through advances in chemical synthesis, the US has created a modern empire that looks very different than any other in history. Buy on Amazon 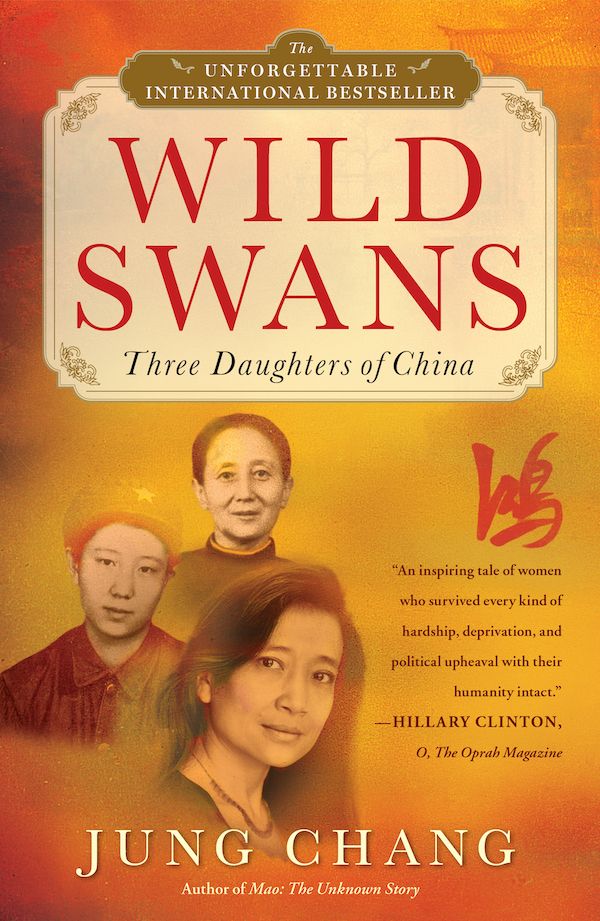 Banned Books - "Wild Swans: Three Daughters of China" was on the Oprah Book Club, not usually where I source my books from! Yet this memoir hit me pretty hard and was right on theme for this year of Revolution. Covering three generations of Chinese women who spanned Mao's entire career from his fight against the Nationalists to his death in 1976, Chang's book confronts us with the cruel and casual violence that Mao's totalitarian ideology inflicted on her family. Although hers is a fairly one-sided account, Chang unflinchingly exposes the viciousness of Chinese communism. Buy on Amazon 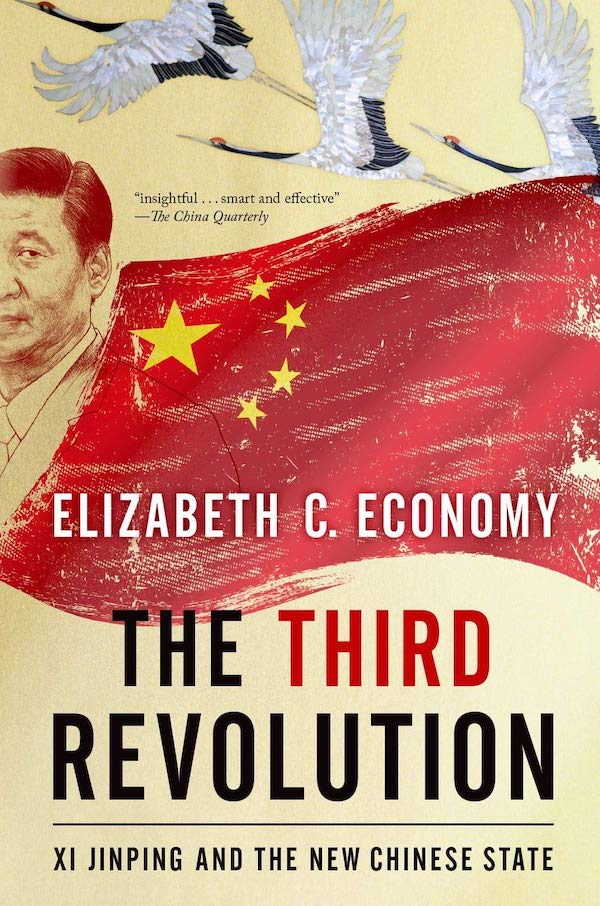 China - "The Third Revolution: Xi Jinping and the New Chinese State" is a clear-eyed look at Xi Jinping's striking consolidation of political power in China and the many challenges that modern China faces. Published by the Council on Foreign Relations, Elizabeth Economy's book is full of hard numbers and some surprising facts. Did you know that 250 million Chinese lack access to clean drinking water? Buy on Amazon 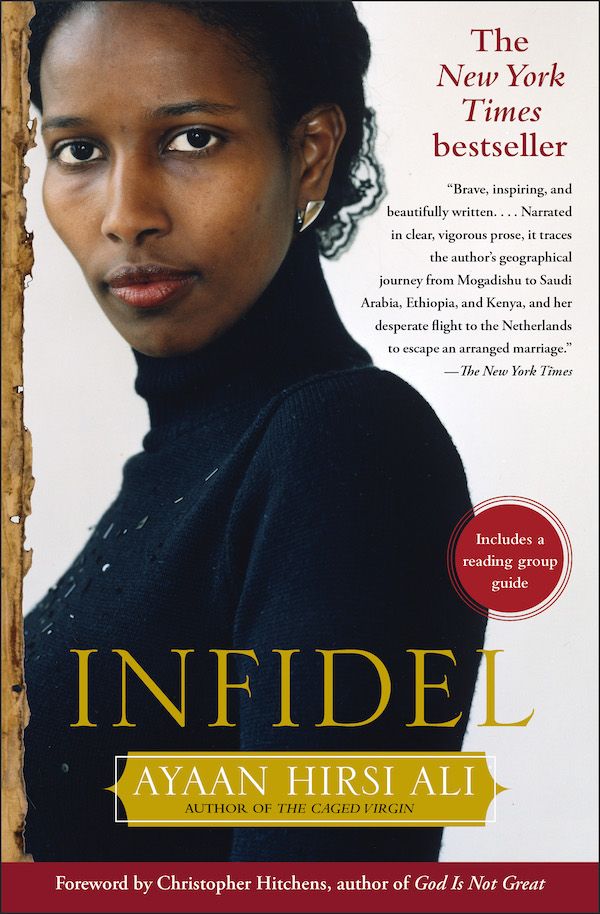 Buckle up, my friends.  Ayaan Hirsi Ali's "Infidel" is a staggeringly controversial memoir that forcefully condemns "multicultural" appeasement of Islamic immigrants in Western countries because of their unequal treatment of women and subordination of individual liberty.  A fellow at Stanford's Hoover Institution and Harvard's Kennedy School, a member of the