The "Harry Hole" series of detective novels is a thrilling addition to the wave of dark Scandinavian crime fiction. Falling firmly into the classic "troubled but brilliant cop" genre, Jo Nesbo writes clever, violent, and troubling mysteries featuring the brilliantly tenacious and occasionally alcoholic Norwegian policeman Harry Hole. And yes, I do think he named him that on purpose.

Overall, I give the series 3 out of 5. Most of the series is entertaining but not particularly noteworthy. But there are few flashes of real brilliance in here - particularly in "The Redbreast", "The Devil's Star", "The Snowman", and "The Leopard".

I suspect Harry Hole is about to go mega-mainstream in the US. Looks like Michael Fassbender is going to be leading the Hollywood adaptation of "The Snowman" (which is an excellent choice for the first film). Jo Nesbo's "Headhunters" also has a fantastic Norwegian film adaptation - it's what you would expect from a Norwegian version of the Cohen brothers. 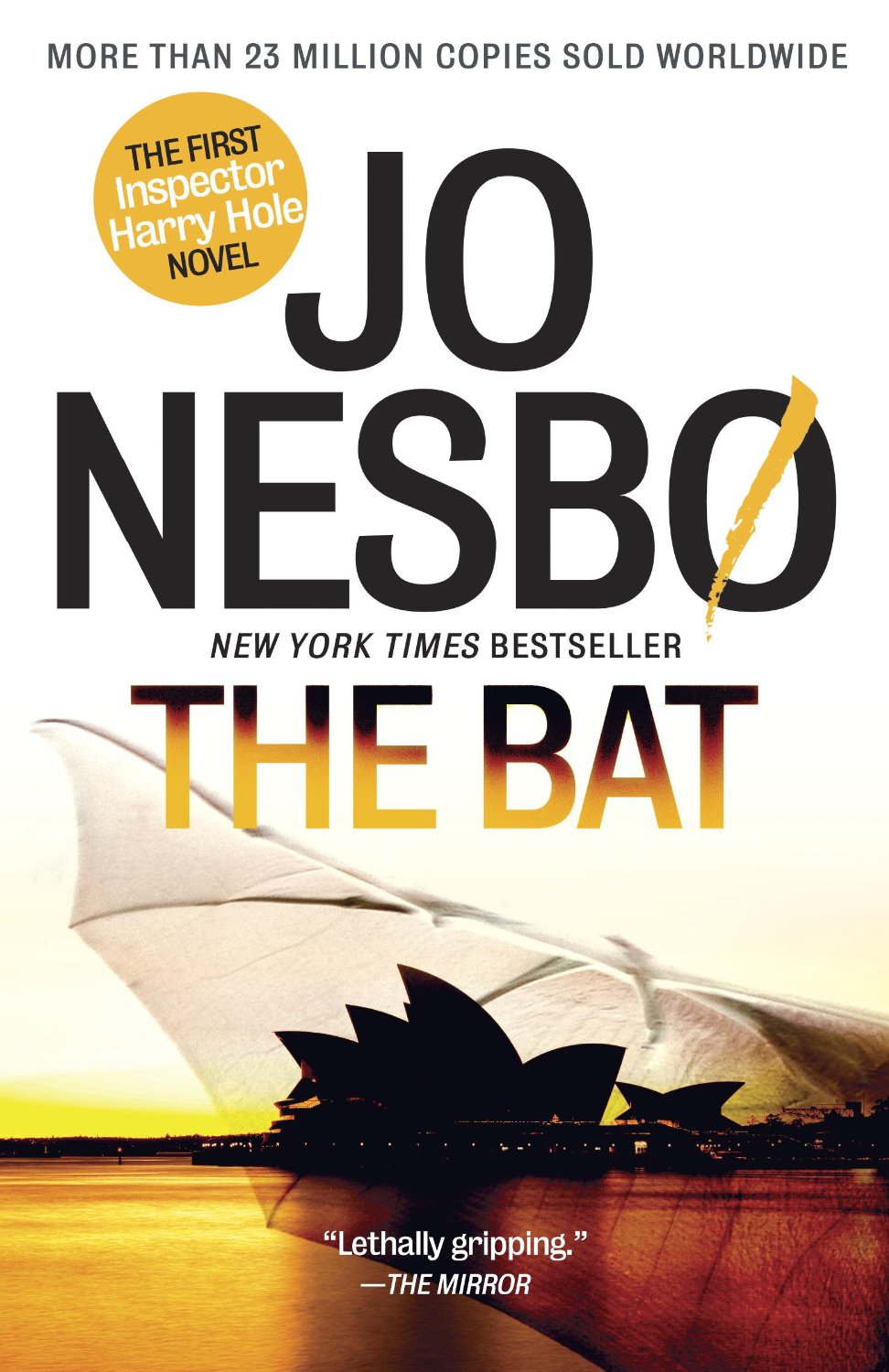 GoodReads rating: 3 stars - "The Bat" is the first novel in the Harry Hole series and it made me want to read the rest. It's certainly not the best detective story I've ever read, but Harry is a compelling protagonist and the style is dark, mostly believable, surprising, and sometimes quite funny. In "The Bat" Harry is investigating the murder of a Norwegian girl in Australia while trying to keep his alcoholism at bay. Nesbo explores life on the fringes of Australian society and he certainly kept me guessing right up to the end. 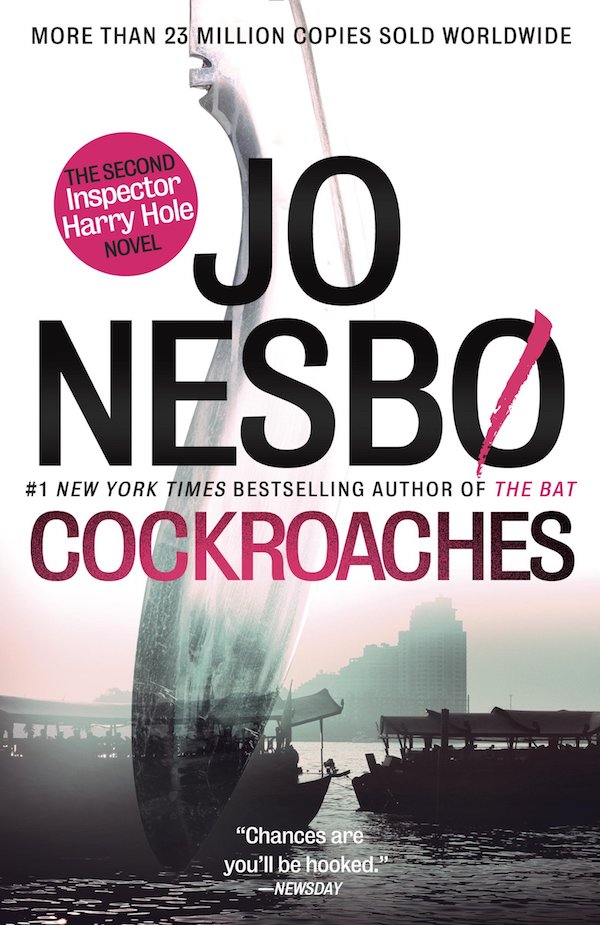 GoodReads rating: 3 stars - In "Cockroaches" Harry's off to Thailand. Even grittier this time as he dives into the murky underworld of sex tourism, opium dens, and shady construction deals. A couple of close calls, an intricate plot, and some great zingers. Enjoyable but nothing special. 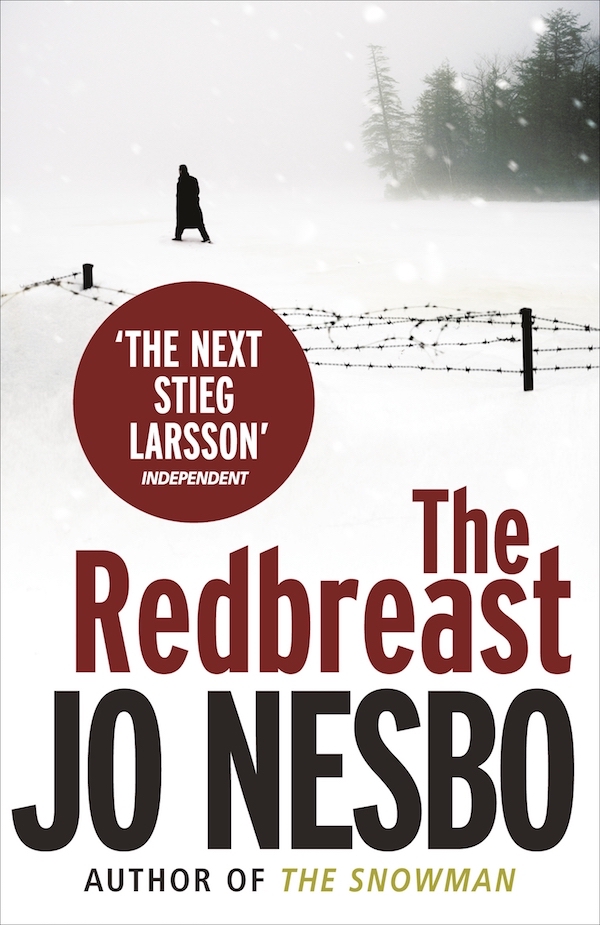 GoodReads rating: 3 stars - Jo Nesbo takes a big, confident swing with this installment and he connects with a resounding crack that sounds suspiciously like a Marklin rifle. Significantly longer than the first two Harry Hole novels, "The Redbreast" starts off by including a lot of seemingly irrelevant backstory about Norwegians fighting on the Eastern Front in WWII. I almost gave up on the book, but am certainly glad I powered through. The investment in the backstory pays big dividends throughout the winding plot as Nesbo shocks us with twist after twist in the buildup to a thrilling denouement. Unlike the first two books, this one primarily takes place in Norway and is full of interesting historical and cultural details about the Norwegian collaboration with the Nazi occupiers and the modern day neo-Nazis (Nesbo stresses that there are only something like 50 neo-Nazis in all of Norway...). There's also a romance subplot and a police corruption subplot that will almost certainly provide fuel for future Harry Hole adventures. Overall, the book is a lot more complex and confident than Nesbo's earlier novels and that's a change for the better. 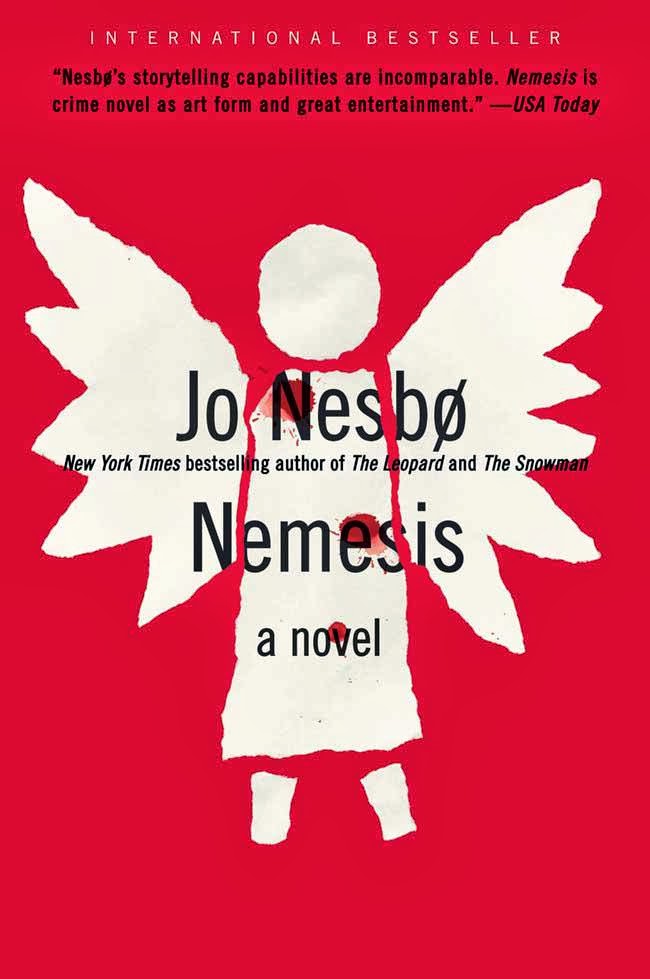 GoodReads rating: 4 stars - Gypsies, bank robberies, conflict between brothers, love affairs, and a lurking killer in the police force. Nesbo's globe-spanning "Nemesis" book is full of twists and turns and it kept me guessing up until the very end. He tosses a couple red herrings in here to keep things spicy. I didn't enjoy it quite as much as the Redbreast, but it was still very entertaining. 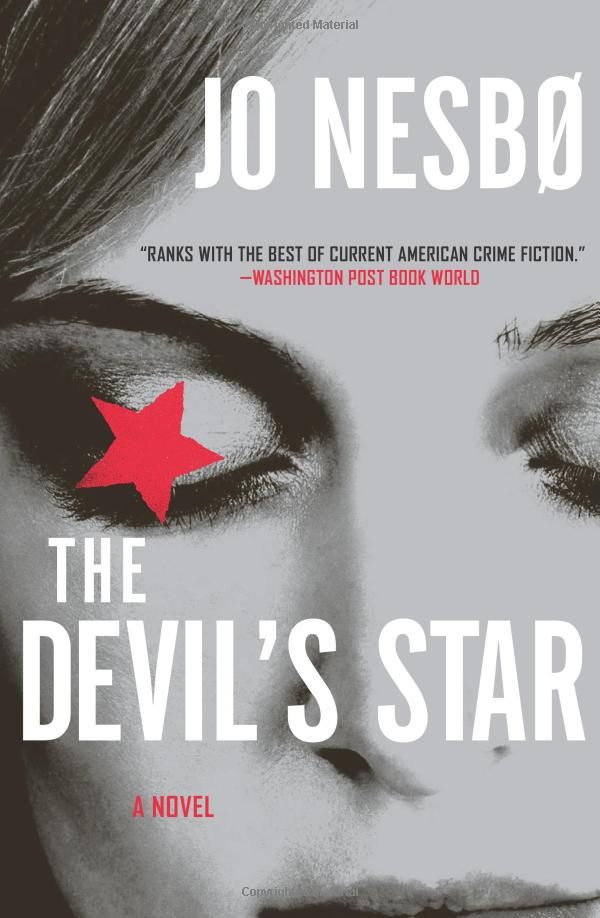 GoodReads rating: 4 stars -
Lots of twists and turns for Harry in "The Devil's Star". Some truly horrific imagery too - this one is no bedtime story. Nesbo keeps the pace rolling in this Harry Hole installment and I'm looking forward to listening to the next one. 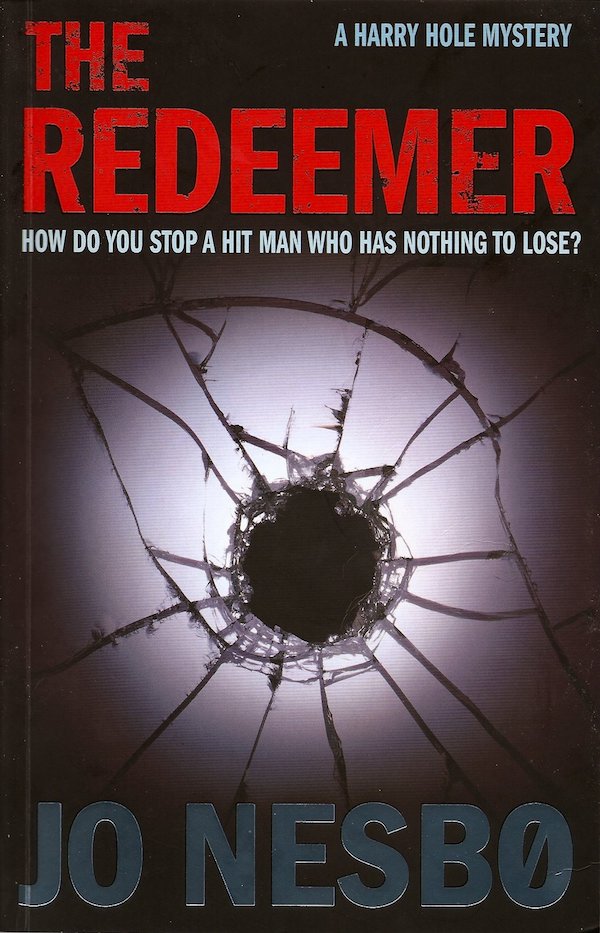 GoodReads rating: 3 stars - "The Redeemer" was a bit of a disappointment compared to the previous Harry Hole books. Nesbo manipulates the reader a bit too much and fills the cast with some pretty unbelievable characters. I didn't really buy the Harry / Martine pseudo-romance either. Still, it was an entertaining ride and I was surprised to learn about the military structure of the Salvation Army (although with a name like that, I guess I should have seen that coming). 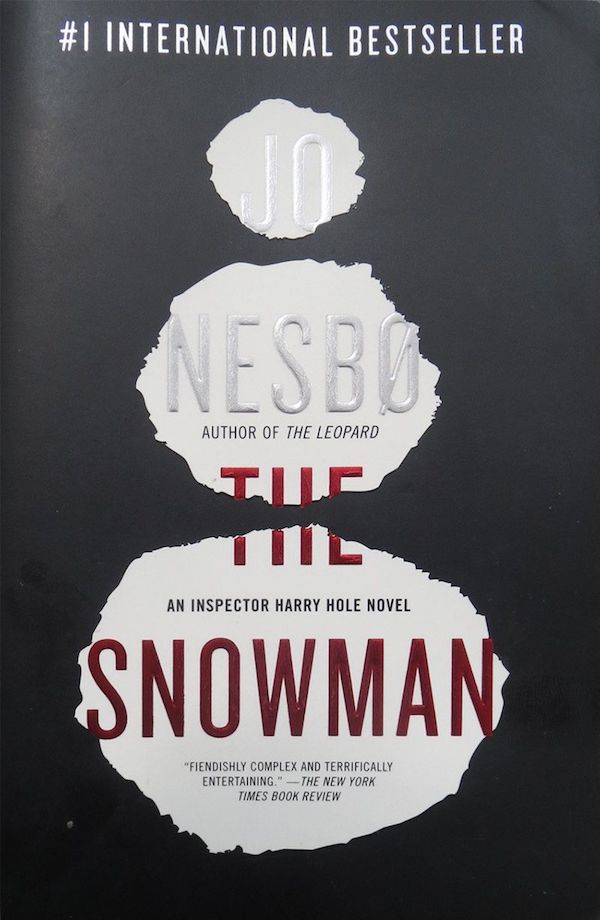 GoodReads rating: 4 stars - "The Snowman" will make your head spin. Dark, gruesome, and full of icy twists, "The Snowman" is Nesbo at his best. He plays fair, but I still got caught in his traps several times in this Harry Hole novel. 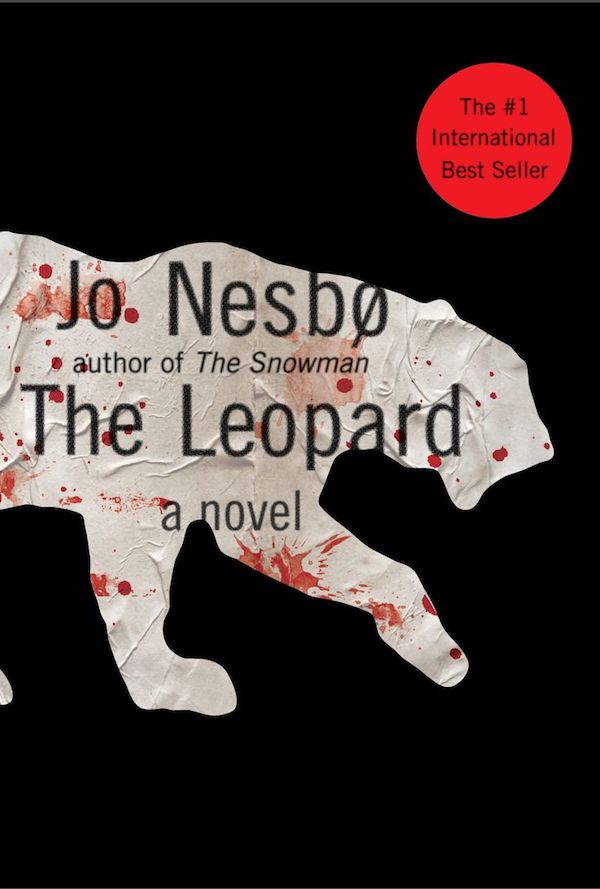 GoodReads rating: 4 stars - Dark, gruesome, and sexy. In "The Leopard", Harry bounces between Oslo, rural ski cabins, and the Congo in search of another serial killer. Lots of plot twists - maybe even a bit too complicated this time. Entertaining but not really believable. Nesbo also invents a hideous torture device called "Leopold's Apple", just like he did with the "Marklin rifle" in the Redbreast. Speaking of that Marklin rifle... 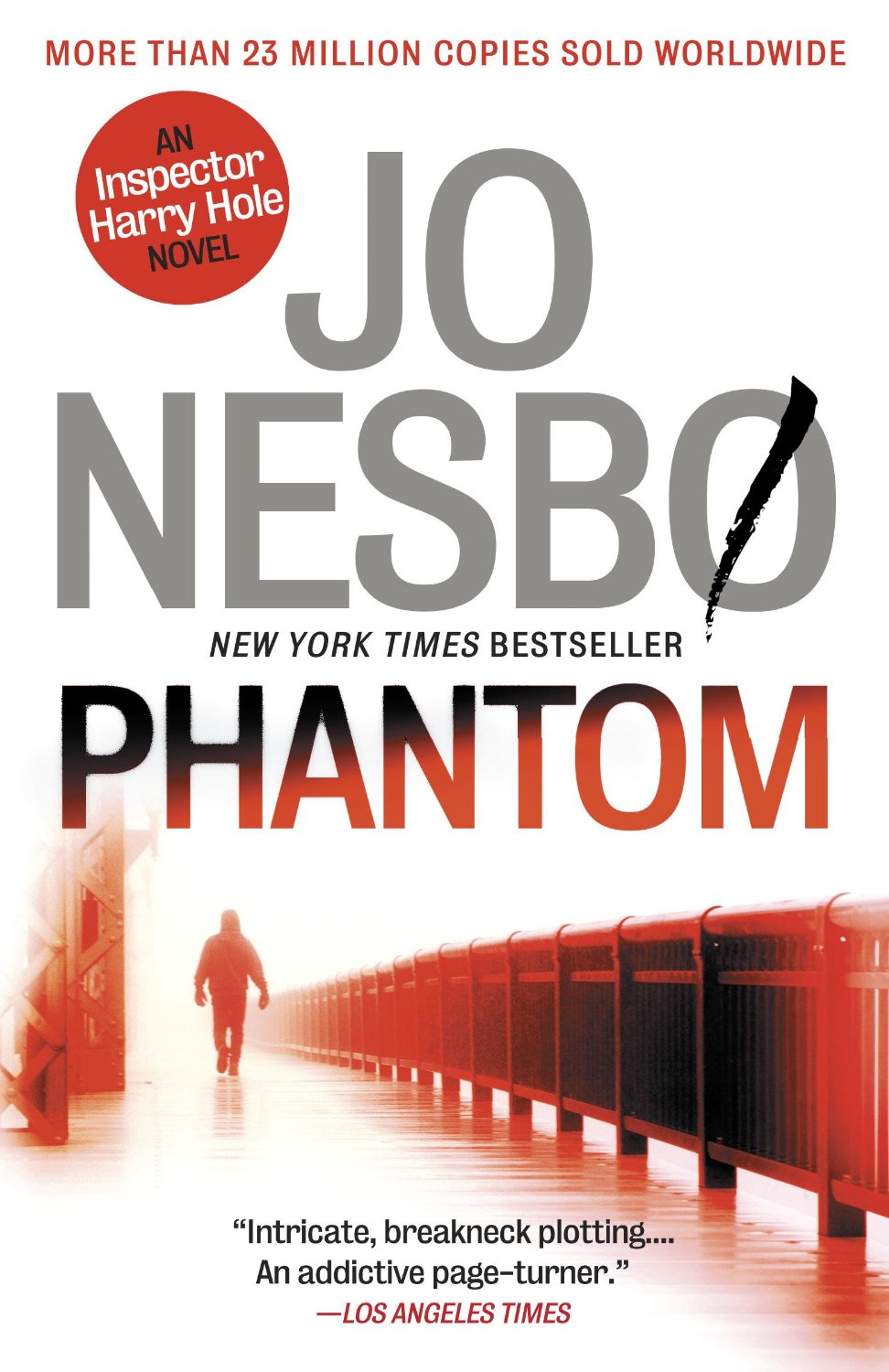 GoodReads rating: 3 stars - "The Phantom" takes Harry back to Oslo to rescue his drug-addicted stepson Oleg from being framed for murder. The story itself is generally pretty good, the characters are vivid, the drug ring stuff is interesting, but I wasn't a huge fan of the weird rat/Gusto flashbacks. Entertaining and suspenseful though. 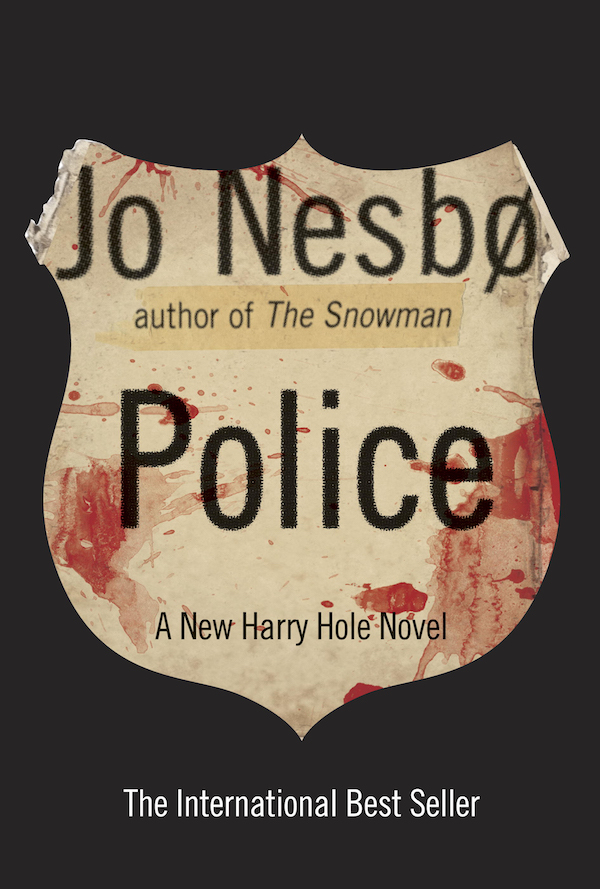 GoodReads rating: 3 stars - 3 stars is maybe a bit harsh for "Police", but at times it felt like it was just too full of twists. Twists for days - felt like Nesbo wasn't quite playing fair. It was a bit more action-packed than the other installments. Still very entertaining though - I'll be eagerly awaiting the release of the next Harry Hole novel.